JavaScript is a scripting language that was introduced to make web pages alive and be interactive with the user. The interaction is possible due to the programs or scripts written along with HTML. It is most widely used nowadays and the most preferred language for development as front-end as well as back-end. 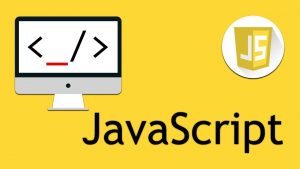 In the year 1996, a standard organization called ECMA (European Computer Manufacturers Association) international craved ECMA Script (ES) which all browser vendors could implement. And Java Script is the most well-known implementations of ES, while Action Script and Jscript are other implementation of ES.

To date, ES has publishes nine versions and the latest one was published in the year 2018. ECMA Script’s first three versions- ES1, ES2, ES3 were yearly updates whereas, ES4 was never released due to political disagreements. After a decade, ES5 was eventually released with several additions.

ES5 was released in 2009, ten years after the release of its previous version. Here is a list of features that have come with the es5 version.

JS has shown great progress in recent years starting from 2015 by releasing the ES6 version.

Es7 or ECMA Script 2016 was released in the year 2016. This version gives suitable alternative s to already used functionalities.

ES8 or ECMA Script 2017 was released in the year 2017. This version allows new methods of coding with JavaScript.

ECMA Script is a specification and JavaScript is an implementation and is implementing all the versions that are specified by ECMA Script. JS is the most popular programming language on front- end web development.

JavaScript is one of the most popular languages among developers nowadays. There are lot of freshers and experienced developers love to build application or project using JavaScript. There is confusion when one has to pick up the right framework or …