Data science is quickly evolving into one of the hottest fields in the technology industry. With rapid advancements in computational performance that now allow for the analysis of massive datasets, one can uncover patterns and insights about user behavior and world trends to an unprecedented extent. All often there is a temptation to bypass methodology and jump directly to solving the problem. Doing so, however, hinders our best intentions by laying a good foundation. Following the steps to get the analysis of each. Let us look at the life cycle of data science.

Even though access to data and computing power have both increased tremendously in the last decade. The amount of data collected is less of a differentiator. Business analysis will differ from company to company. Some examples are below.

If asking the right question is the recipe, then data is your ingredient. Once you have clarity on business understanding, data collection becomes a matter of breaking the problem down into smaller components.

The data science needs to know which ingredients are required, how to source and collect them, and how to prepare the data to meet the desired outcome. For example, …

Now we already have collected some data. In this step, one can get about data and prepare it for further analysis. The data understanding section of the data science is data collected representative of the problem.

To understand the data a lot of people look at data statistics like mean, median, etc.

People also plot the data and look at its distribution through plots like histogram, spectrum analysis, population distribution.

Modeling is the stage in the data science methodology where the data scientist has the chance to sample the sauce and determine if it’s a bang or in need of more seasoning. It is used to find the patterns or behaviors in data.

In Machine Learning world modeling is divided into 3 distinct stages-training, validation, and testing. The end of modeling is characterized by model evaluation where you measure.

Finally, all data science projects must be deployed in the real world. The deployments could be through an Android or an iOS app just like cred or it could be through some WebApp. The more accurately one captures the feedback, the more effective will be the changes that one makes the model.

A data science project is an iterative process. Steps will be repeating until the fine-tune is obtained. Similarly, Python and R are the most used languages for data science. 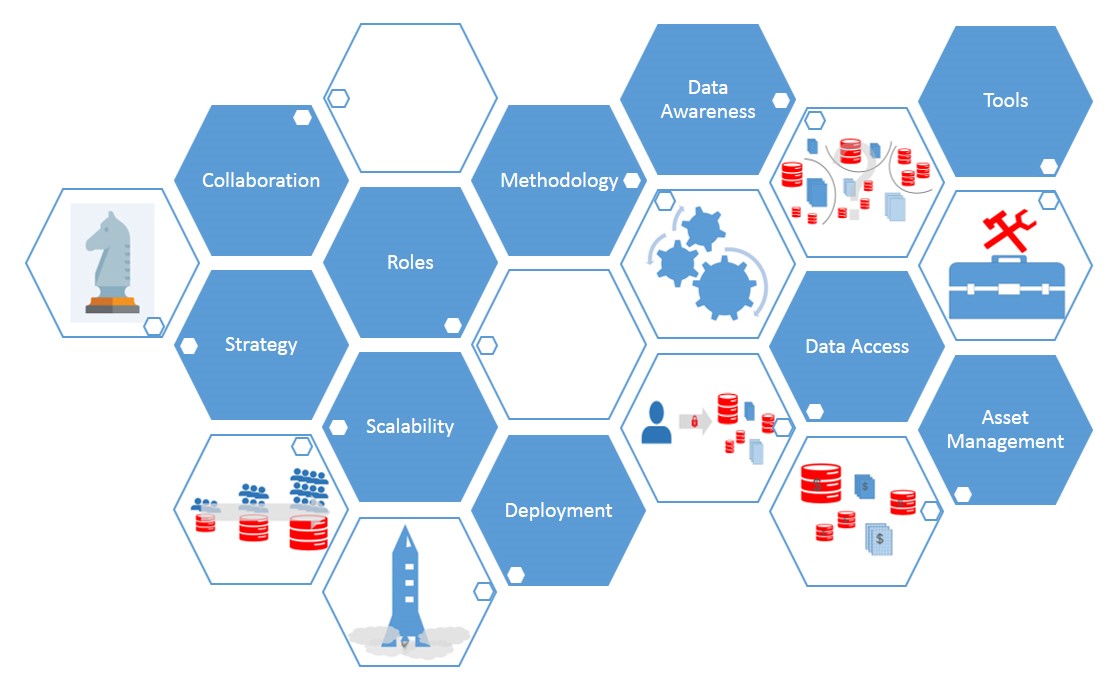 Data science still carries the aura of a new field. Most of its components – statistics, software development, evidence-based problem solving, and so on. The core of data science doesn’t concern itself with specific database implementations or programming languages. Data Science is a rabbit hole. Have fun going deeper.

How is Python Different from Other Programming Languages