Backend development is one of the most sought-after skills today. Almost any new business/startup needs a website and a mobile app – both of which connect to a server in the backend. Therefore, backend developers are high in demand in the market. Many programming languages that are being used for backend development are emerging in the market like Python and PHP. In this blog post, let’s compare 2 of the most popular backend programming language developers—Python and PHP.

What is a Python Developer?

What is a PHP Developer?

A typical python developer codes, designs, and deploys applications. A python developer’s roles and responsibilities depend on the job profile, industry or vertical, and work experience.

Skills required to become a Pythonista are 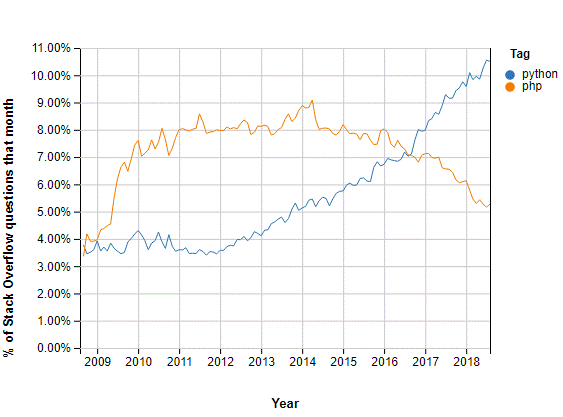 Even after comparing both of these developers, selecting one is an undoubtedly difficult task because Python developers and PHP developers are good on their way. Python is a gateway to machine learning codes. On the other side, PHP is used for server-side scripting and web development.

Job Opportunities in the Field of Python